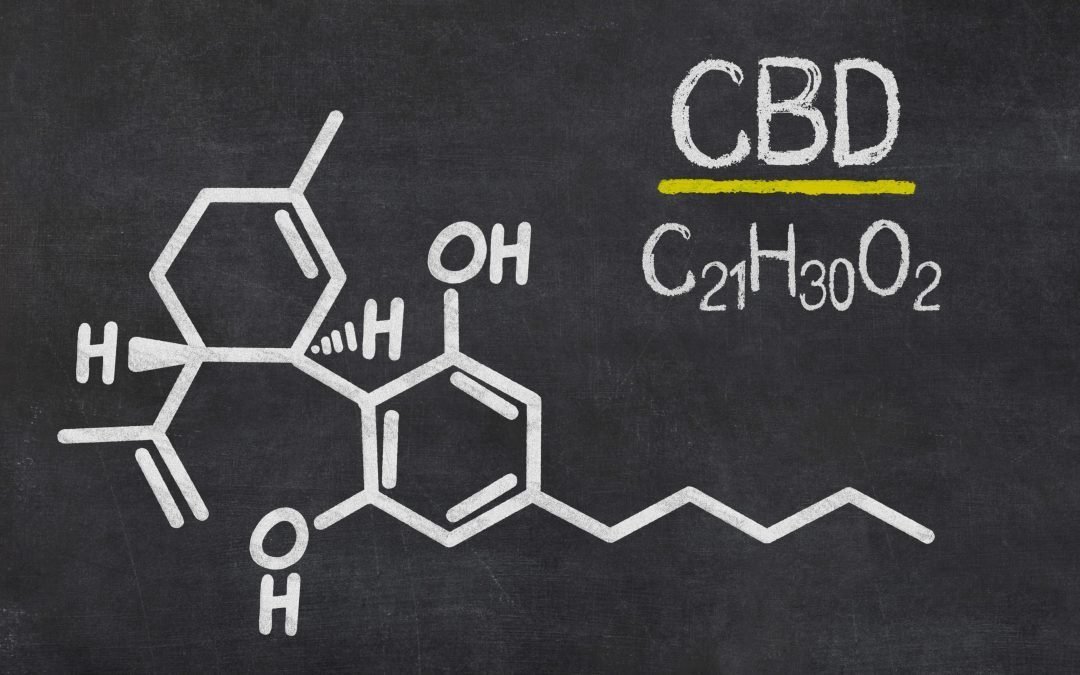 In recent years, CBD products have been appearing everywhere. The 2018 Farm Bill clarified the legal status of hemp plants, which are cannabis plants containing less than 0.3% THC. However, the Farm Bill only legalizes hemp on the federal level. [2] Individual states also need to legalize hemp and hemp products, such as CBD, for stores to legally sell it. For those of you living in the 47 CBD-friendly states, you’ve probably seen more and more stores advertising CBD and hemp products from CBD hemp oil and tinctures, to brownies and cookies. Even celebrities have started to endorse this product. But what is CBD exactly?

How is CBD different from THC?

Strangely enough, CBD and THC are very similar molecules. The main difference is that CBD is non-psychoactive. It does not cause changes in mental state when it is ingested. [3] This means that when you ingest products or use a hemp extract, you don’t get a happy, euphoric feeling. However, CBD has been known to provide relief from seizures, pain, and anxiety. There have even been studies on CBD’s effect on different types of cancer cells. [4, 5, 6, 7] Another difference between these two cannabinoids is that CBD seems to take away the anxiety and other unpleasant side effects that people often get when they inhale THC. In a way, they work together, and against each other!

The reason we can feel the effects of CBD is because of our own endocannabinoid system, discovered in the early 1990s by researchers Raphael Mechoulam (currently associated with the Jerusalem’s Center for Research on Pain), William Devane and Dr. Lumir Hanus of the National Institute of Health.

While scientists have studied THC and cannabinoids as a whole, there’s still very little research on what receptors CBD directly affects. This is not to say that there is no effect, but rather, scientists are trying to pinpoint how CBD interacts with our biological systems. Now that the World Health Organization has sought to remove CBD from the (international) Schedule IV list, roadblocks to determine how CBD may be able to help people across the globe are being removed.

Most studies agree that CBD binds poorly to the known endocannabinoid system receptors, but from there, the mechanisms of CBD remain unclear. [8] There are plenty of anecdotal reports about CBD, but any chemical with potential health benefits must be tested scientifically. With that said, international clinical studies are being run to discover CBD’s effects on a myriad of ailments from anxiety and sleep disorders to epilepsy and cancer.

How Does CBD Work?

The studies on how CBD specifically works in the human body point to its ability to calm down nerve cells. [9] How CBD does this is still unknown, but the theory is that CBD somehow changes the way nerves send signals. [10] It’s important to note that these studies are still in their preliminary stages. The good news is that with the legalization of hemp, scientists in the U.S. can obtain different samples and types of CBD and other cannabinoids. This means more studies on how CBD specifically affects the human body.

Maven Hemp – At the front lines of Cannabis Research

Israel is at the forefront of the research on potential medical uses of CBD and other cannabinoids found in the cannabis plant. Unlike many CBD companies, the Maven Hemp team is spread across Israel and the U.S. and is armed with the most up-to-date research regarding the effects of CBD products. Our CBD oils, tinctures, and isolates are produced in GMP-rated facilities using certified processes, to bring you pure, lab-tested CBD products you can trust.